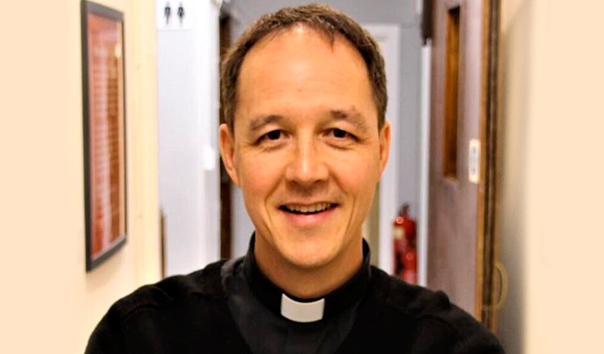 Fr Wang has now begun his role as Rector of the College. Having completed his Italian language course in Assisi, he has been busy planning and setting priorities for the 25 seminarians and 4 priests studying at the VEC. “We invite all our friends to keep our students in their prayers,” commented Fr Wang; and of the core activity of priestly formation he added, “It is our privilege to play a part in preparing the next generation of priests for this life-giving ministry.”

The VEC on EWTN News

Monsignor Whitmore, Rector of the VEC, was interviewed for EWTN’s News Nightly program on July 19th. Monsignor speaks about the seminary and about the archival collections, highlighting the ancient pilgrim books, the Liber Ruber recording the names of every VEC student, a letter from St. Charles Borromeo, and some of the North American material in the collections. 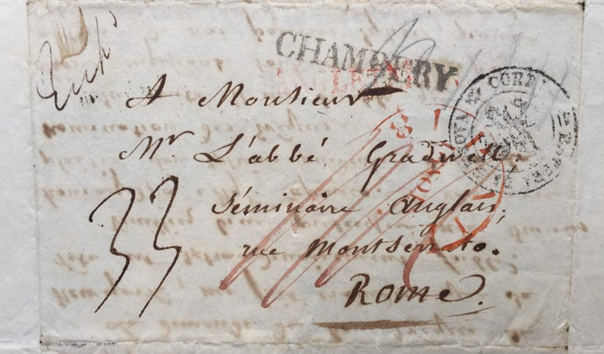 From 1821 to 1835, the North American Agency was based at the VEC in Rome. Under this arrangement, successive Rectors of the VEC acted as agents of the American Catholic hierarchy, serving as “middle men” between them and the various departments of the papal Curia in Rome. The North American Agency Papers from the VEC Archives are featured in this week’s #HiddenCatholicCollection by the American Catholic Historical Association. 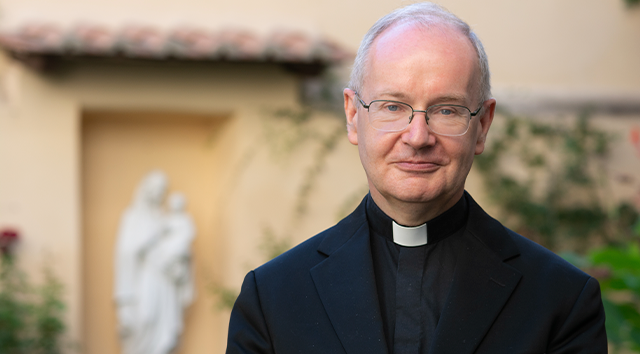 On 19th March it was announced that Fr Stephen Wang has been appointed as the new Rector of the Venerable English College. He will succeed the current Rector, Mgr Philip Whitmore (seen above), who has led the College since 2013. A term of seven to eight years is usual for a Rector of the VEC.

Fr Wang, who studied at the VEC, will begin his ministry as Rector at the start of the new academic year and will be taking up the reins in August. He is at present a university Chaplain in London. Fr Wang was born in London and was in priestly formation at the VEC from 1992 to 1997.

Current plans are for Mgr Whitmore to return to the Archdiocese of Westminster – but not before advancing several ground-breaking initiatives recently begun under his watch and, above all, ensuring the continued discernment and formation of those in his charge.

Mgr Whitmore commented, “It has been a joy and a privilege to serve as Rector of the VEC these past eight years. I wish Father Stephen every blessing as he takes up his new appointment and I am confident that, under his leadership, the College will go from strength to strength.” 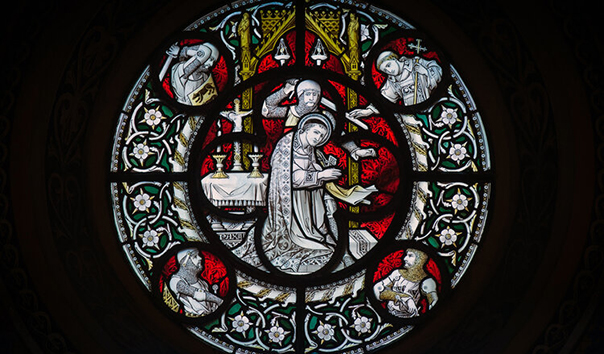 December 29th, 2020 marked the 850th anniversary of the martyrdom of Thomas Becket, Archbishop of Canterbury. The English Hospice, founded in Rome in 1362 for pilgrims from England and Wales, was dedicated to the Most Holy Trinity and St Thomas of Canterbury.

The transformation in 1579 of the Hospice into a new English College in Rome, preparing priests for the dangerous post-Reformation mission to England and Wales, engendered further martyrdoms, with 44 members of the College being executed for serving as priests on the mission.

The VEC has produced an impressive new book to mark this occasion titled Memory, Martyrs, and Mission. Essays to Commemorate the 850th Anniversary of the Martyrdom of St Thomas Becket (c. 1118–1170).

The book and e-book are available for purchase at:

Between 1581 and 1679, 44 VEC students were martyred for the Faith, among them 10 who were canonized in 1970. When news of a martyrdom reached the College, students gathered in front of the Martyrs’ Picture hanging above the high altar to sing a Te Deum.

This practice is continued each year on 1st December — the Feast of the College Martyrs. In keeping with tradition, veneration of the relic of St Ralph Sherwin — the VEC’s protomartyr — also takes place, and those present give thanks to God for the witness of all the priests formed at the VEC. 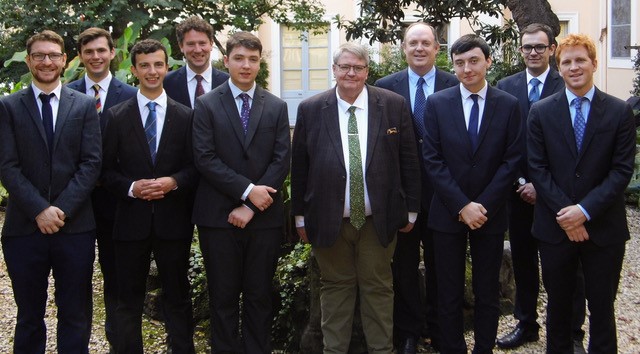 It’s been a roller coaster start to the academic year for the VEC’s new students, what with lockdowns and distance learning. That has not dampened the enthusiasm of these fine men though…